Most of us have seen the film, but how many of us are familiar with the controversy surrounding the original book? It came as a surprise to me that a regular newsletter from one of my favourite book sellers would lead me to redefine my understanding of Doctor Zhivago, forever!
18/06/2016 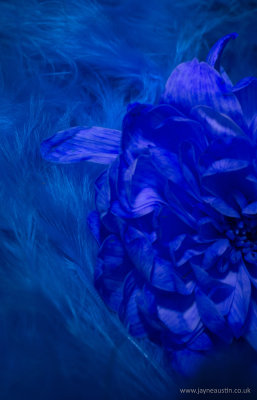 The first book I bought was: ‘The Zhivago Affair’, which related an investigative account of the political intrigue surrounding the original publication of Doctor Zhivago. Iconic journalism providing an eye opening series of revelations historically known by few. The second book was: ‘Feltrinelli’, a fascinating personal story about his father as written by Carlo, the son of an Italian visionary, publisher and revolutionary. The Russian writer Boris Pasternak took the dangerous step of allowing Doctor Zhivago to be published in translation from outside of Russia and the publisher who did so, was Feltrinelli.

Their personal lives, loves (of which there were several), controversies, even to this day surrounding Feltrinelli’s death; contain enough material to create a long-form thriller series. Notably, Feltrinelli defied both the Italian Communist Party and the Kremlin when he first published Doctor Zhivago because he believed it: ‘provided a lesson that cannot be forgotten’. Whereas Pasternak was forced to renounce his Nobel prize in Literature, igniting worldwide political scandal.

When it comes to ‘Chivalry’, what’s your take? For me words such as: courage, honour, courtesy, justice, and a readiness to help the weak are its timeless definition. Qualities not difficult to love and gender neutral. But when a man puts his neck on the line to write and publish words that could have signed his own death sentence, doesn’t it get to you, strike at the heart? So what’s my point? Well like many whose upbringing consisted of communicating thoughts and feelings with oneself from within a box, locked inside a drawer, trapped within the recesses of the mind, something necessary in order to survive; then to learn in later life of the principles cast by these shadows from history is to learn that words can be the symbols of freedom, a route to liberation. It’s easy to take for granted being free to read Authors from ‘Aury’ to ‘Zola’; but the liberty to do so has been gifted to us by this unique type of Hero. Individuals who understood more than most the consequences and price to be paid, when driven to ensure the right, to freedom of speech.

Perhaps it’s the romantic in me, to discover that a writer had caused/created/incited a revolution and that the man responsible for publishing his book did so for no other reason than being simply convinced by the quality of the work, but it made me stop and lose myself in thought for a moment, stare into the middle distance and daydream about what it might have been like, to know such kind of men. Reputations the stuff of legend, Knights of the literary world. I’m not suggesting Romantics ditch the candlelit dinners, shelve the red roses, or stop polishing the armour on their favourite knights, but maybe we find kindred spirits amongst our literary heroes and share their ideals, because for me, that’s the most romantic definition of all. And that a book, could matter so much, it went on to shake the world!

Source material and for more information:
‘The Zhivago Affair’ by Peter Finn and Petra Couvée – The Kremlin, the CIA, and the Battle over a Forbidden Book.
‘Feltrinelli’ by Carlo Feltrinelli – A story of riches, revolution and violent death.
Abebooks Link text here...
Next
Previous