Transcendence and a Whole Humanity 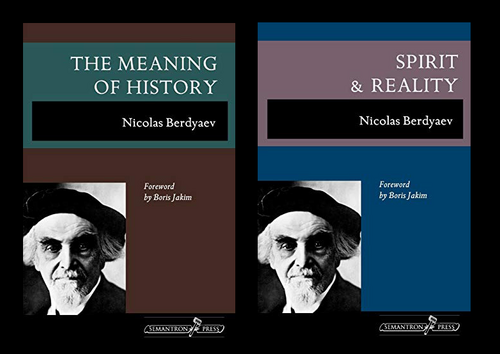 31/03/2021
In navigating the minefield surrounding Belief and managing to hold on to a Faith, despite all obstacles along the way, discovering Nicolas Berdyaev was like finding a vein of gold in the darkness. In an attempt to make sense of a Cult upbringing I’ve read many different philosophical and religious viewpoints, but this piece references Christianity. In which context it’s common for God to be the villain in the piece, Paradise something beyond the horizon attainable by the chosen few, a Utopia out of reach for the majority. Here though, Berdyaev states the case in revolutionary terms. A genius voice which speaks with authority.

I quote from Spirit and Reality: ‘Man’s notion of God bears the symbolical imprint of his inhumanity. But the purified spiritual life will also be a revelation of Divine humanity. This purer form of spirituality should do away with the physical torments associated with mysticism, it should liberate man from the phantasmagorical and pathological ideas that God is moved by human suffering. In the light of this, the whole character of the spiritual life is transformed. God has no need of human suffering, fear and servitude; He only needs men’s ascension, their ecstatic transcendence of their limitations. The new spirituality will be first and foremost an experience of creative energy and inspiration. Hence we can discard the symbolism associated with human slavery and humiliation.’ (p193)

‘Spiritual realism is revealed in creativeness, freedom and love. The new spirituality will be realistic; it will be a realism of freedom, activity, creativeness, love, charity, a realism of change and world transfiguration.’ (p191)

In Meaning of History I discovered a kindred spirit in his description of Utopia: ‘The Utopia of terrestrial paradise and beatitude is closely connected with the doctrine of progress. But this Utopia is nothing more than a perversion and distortion of the religious faith in the coming Kingdom of God on earth, the grotesque rationalization of an unconscious millenarianism.’

‘A Deity refusing itself to all past generations, admitting to its intimacy only the last and perfect product of history, could only be thought of as a vampire, unjust and pitiless to the vast bulk of mankind… But in reality, there is no such Deity. Every generation has its own goal, its own justification, its own meaning, its own values, its own spiritual impulses whereby it approximates the divine life. It cannot be merely an instrument and means of future generations.’ (p193)

There is so much more to discover but his words lifted a weight from my shoulders and spoke more to me of Truth than anything I’ve read to date. If you’re open to a New Spirituality, Transcendence and Freedom, do give Berdyaev a read, you won’t be disappointed.