02/04/2021
I was often the only person of white skin colour amongst friends growing up. It was my privilege to hold friendships with persons of various skin colour born in the UK. Well-educated, responsible citizens, and loyal. It grieves me forty years later that prejudice based on skin colour continues to define the national and international conversation.

I’ve visited America twice and sensed racism, subliminal, often silent, like invisible poison. I’ve visited South Africa and felt the weight of history on my shoulders as I let the streets speak to me from their past. Aware that I may be perceived as a ‘white, middle-class Englishwoman’ and nervous at such. Then I recall the words from the mother of a friend from Curaçao in the Caribbean who said: ‘You must travel, it broadens the mind.’

When I returned from Cape Town I set about educating myself and read Nelson Mandela’s autobiography Long Walk to Freedom; Lost Communities, Living Memories; and more recently The diary of Malcolm X. My way of reaching for a deeper understanding of the cruelties inflicted on others due to skin colour and race. 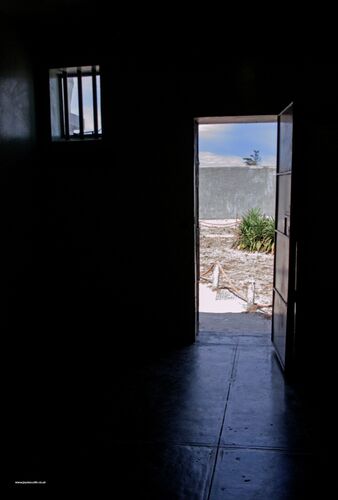 I’ve quoted Nelson Mandela’s words: ‘Apartheid was a new term but an old idea. It literally means ‘apartness’ and it represented the codification in one oppressive system of all the laws and regulations that had kept Africans in an inferior position to whites for centuries. The premise of apartheid was that whites were superior to Africans, Coloureds, and Indians and the function of it was to entrench white supremacy forever. Their platform rested on the term baasskap, literally boss-ship, a freighted word that stood for white supremacy in all its harshness.’ (p97) 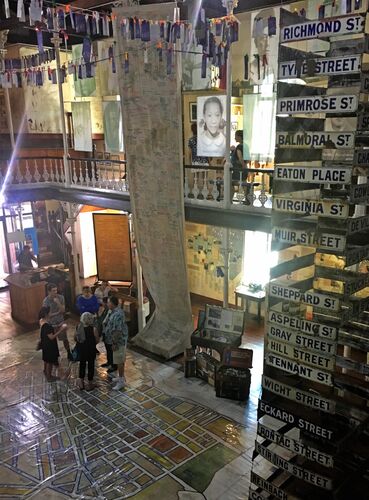 After visiting the District Six Museum in Cape Town I read ‘Lost Communities, Living Memories – Remembering Forced Removals in Cape Town’. This includes oral histories from individuals who were forcibly removed to other locations: ‘Between 1913 and 1983 it is estimated that at least 3.9 million people were forcibly removed in South Africa.’ The book includes ‘from Slavery to Apartheid’ and clarifies some of the myths surrounding Cape Town’s history. The community of District Six no longer exists. The history of District Six and forced removals are very much part of the broader history of the struggle against racism, prejudice and segregation in South Africa.

I quote from The Diary of Malcolm X: “I’m anti-racist whether it’s practiced by capitalist, communist or socialist. China ambassador to Ghana: ‘Don’t be a racist. It’s a struggle between oppressed people of all colours against oppressor of all colours.’ If he was a racist, since the press had projected me in the image of an extreme racist, racism would have been the natural & wisest approach from him, but instead He approached the problem objective as a human being.”

Nelson Mandela said: ‘It was during those long and lonely years that my hunger for the freedom of my own people became a hunger for the freedom of all people, white and black. I knew as well as I knew anything that the oppressor must be liberated just as surely as the oppressed. A man who takes away another man’s freedom… is locked behind the bars of prejudice and narrow-mindedness. The oppressed and the oppressor alike are robbed of their humanity.’ (p544)

I've known oppression in life of a different kind due to a Cult upbringing. I’ve also learned from mistakes along the way which taught me lessons about positive discrimination and that not everybody wants to be your friend. And I'm still educating myself with a long way to go. But when I travel I see beautiful people all trying to cope with this thing called Life. Shared fascinating stories with people keen to establish common ground; there’s so much we can learn from each other and give to each other. But I fear for the future. If we stop viewing each other as human beings, then these powerful testimonies from history will be lost in the darkness. And along with them all other forms of freedom, because ignorance is intolerance. 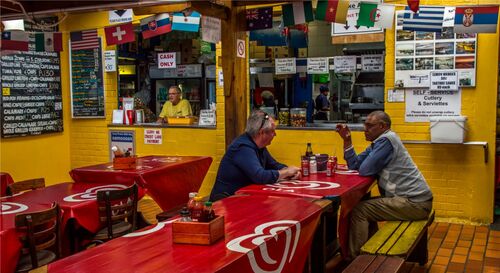 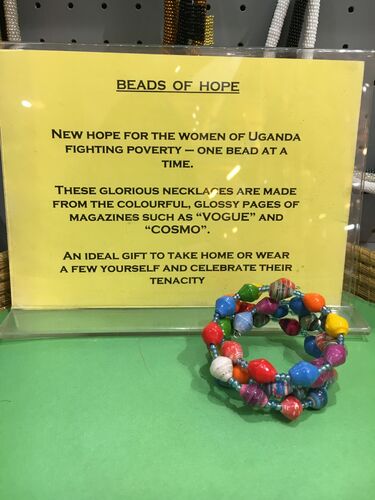